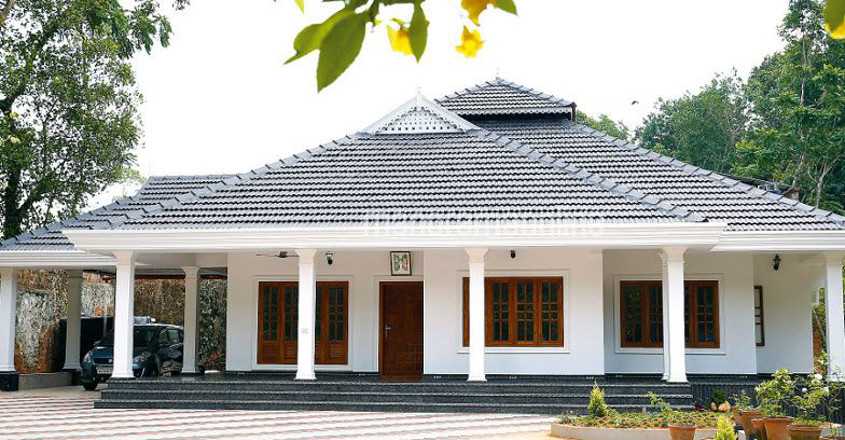 How to build a low-cost house using ‘rapid walls’

The GFRG panels are the latest trend in construction and many houses are being built in Kerala using this unique technology. Not just the walls and the roof, but the floor, sunshades and even the boundary walls can be made using GFRG panels. These panels are made at the GFRG department of FACT which functions in Amabalamugal, Kochi. The parts are easy to be transported and can be attached as per the design of the house, in just few days.

GFRG is the pre fabricated load bearing panel technology, also known as ‘rapid wall’ which helps to build walls in incredibly short time. In fact GFRG is the acronym for Glass Fiber Reinforced Gypsum. FACT produces GFRG panels by treating the gypsum which is a byproduct of chemical fertilizer.

A GFRG panel is usually 3 meters high and 12 meters long. The width of it is 5 inches. A single panel would weigh up to 1.6 tons. A detailed plan of the house with exact measurements and markings of all the doors, windows and ventilations should be submitted to the FACT. They would then cut the panels according to the given measurements and transport it to the site. The panels would have spaces cut out for installing doors and windows. The GFRG would be transported in trailer lorries. With the help of cranes, these panels would be placed at appropriate spaces on top of the foundation. One of the most amazing features of using GFRG panels is that the construction of the house could be completed in just a few days. It would help to bring down the expenses as well.

The GFRG panels are white in color and have a smooth surface. So they can either be white washed or painted without cement plastering the walls. There will be 4 cavities within 1 meters of the panel. Concrete belts should be built with perpendicular iron rods rising from the foundation which is built in the traditional method. The cavities inside the panels should be locked into these iron rods and sealed with concrete mixture. This would further increase the strength of the GFRG panels. The roof is built by consecutively paving the panels and plastering it with cement in 2 inches thickness.

These are the advantages of GFRG panels:

The construction of the house can be completed within a few days.

There is no need to cement plaster the walls. It would reduce the heat inside the house, thereby, regulating the temperature.

Boundary walls, parapets and sunshades too can be made using GFRG panels.

Tiny gardens were “pre-planted” with a shrub or two while trees have been used to “soften” the parking bays. Kitchen windows extend downwards almost to floor level to admit more daylight and also to provide passive surveillance of the area, including an outdoor “home zone” where children can play.

Built at a cost of €249,000 each (including VAT), the scheme took 21 months to deliver, from the initial design stage, which involved Bob Hannan collaborating with A2 Architects, through the tender stage, when the contract was awarded to Sisk, which also had its own consultant architects, O’Mahony Pike.

Of course, a dozen new social housing units in Dún Laoghaire represent a mere drop in the ocean compared with what’s needed. But Hannan says the influx of new residents into this and other residential developments in the vicinity is driving the Lazarus-like revival of once sadly rundown George’s Street.